In a recent blog post, I wrote that I wasn’t really sure the difference between Hornady® Critical Defense® buckshot and Hornady® BLACK buckshot. Specifically, I was curious if the BLACK ammo used the Versatite™ wad, since both loads seemed to offer similar performance. Dr. Sherman House from the Civilian Defender blog suggested in the comments that I cut open some shells to find out. Recently, I took his advice and did exactly that, and I took photos to document my findings here.

With the exception of hull markings, externally the shot shells appear identical.

Both shot shells weigh the same. (Note that I used a simple kitchen scale to obtain my measurements, so there are some inherent limitations in terms of both accuracy and precision.) 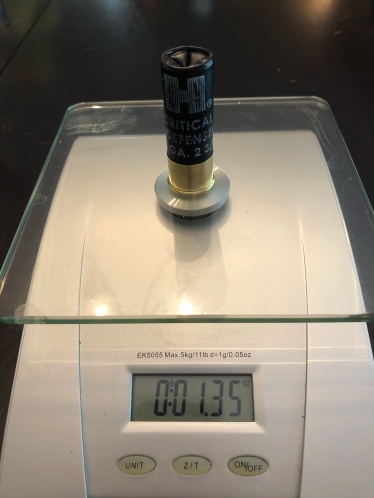 I used a pipe cutter to cut open the shell. (Pro tip: If you ever try to do this, it works better with the pipe cutter closer to the shell base than it does with the cutter placed near the crimp.)

The pellets in both shot shells are similar in weight… this isn’t surprising since they are both eight pellet 00 buckshot. The 0.85 oz reading is for the Critical Defense®, and my scale kept fluctuating from 0.85 to 0.90. I think the observed difference between the two is probably due to individual variations in pellet weights, as each pellet did not weigh exactly the same. Again, the limitations of my scale made exact measurement difficult.

This is fairly representative of the weight of an individual pellet, but if you do the math, you can see how eight pellets weighing .10 ounce won’t add up to .90 ounce. 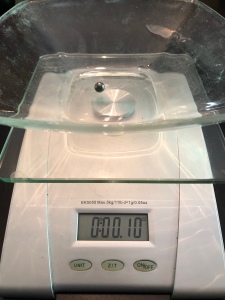 The only other subjective observation I made here is that the pellets from the Hornady® BLACK shot shell appeared somewhat more “shiny” for lack of a better descriptor. I ascribe nothing to this observation, as it could be anything ranging from a different lot of pellets to oxidation.

Here we have virtually identical powder weights and appearance. 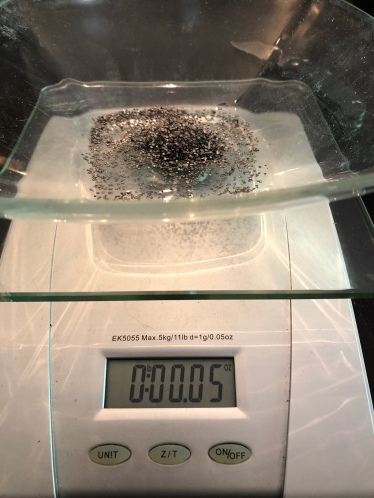 And here is the answer to the crux of my question… both Hornady® Critical Defense® and Hornady® BLACK appear to be loaded with an identical wad. Same weight, same appearance, and virtually indistinguishable. 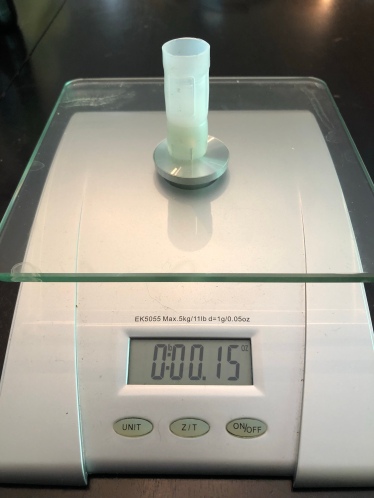 So is Hornady® BLACK buckshot the same product as Hornady® Critical Defense®, with a different box and marketing? I can’t say for sure, but it sure looks like it. They both cost the same. They pattern similarly as well. 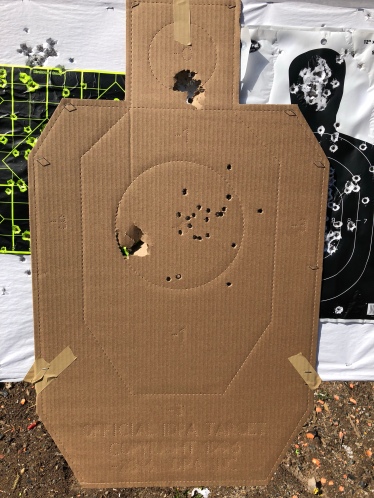 What’s the bottom line? They both perform well out of my gun. I would depend on either for home defense without reservation. And I strongly suspect that they are the same loading with different markings. From my perspective, I prefer the packaging, marketing, and perceived value of the Hornady® BLACK line of ammunition, but that’s just me. Indeed, I suspect that buckshot isn’t the only example of duplication in the BLACK lineup. Either way, it’s good ammo.

As always, thanks for reading. If anyone has any requests for different shot shell dissections, post in the comments, and I’ll see what I can do.